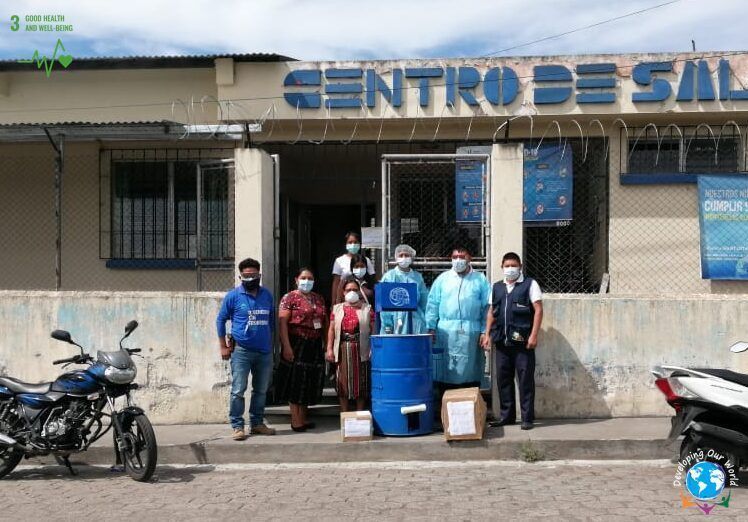 Fifteen years ago, the number of people infected with HIV was more than three million annually. That number has had a massive decrease over time. Now, about two million people fall victim to the disease. Around six million people were saved from deadly diseases like malaria worldwide over the last fifteen years, which is again quite a commendable achievement.

There also has been a significant decrease in the maternal mortality rate, going down by forty-five percent globally since 1990. The rate of preventable child deaths around the globe has also gone down by more than fifty percent.

Still, in the underprivileged areas of sub-Saharan Africa, AIDS stands as the biggest cause of death among adolescents. The life-saving antiretroviral therapy available to cure HIV still hasn't reached twenty-two million people in sub-Saharan Africa who are suffering from HIV.

Knowing how interdependent the departments of development and health can be, the UN's SDGs set up a perfect platform for the development and prosperity of the planet and its people. The world has been seeing injustice done with the poor and underprivileged for as long as anyone can remember. Since their inception, the UN's SDGs have done quite a lot to eliminate this discrimination and end the injustice experienced by the poor in terms of health and development.

The objective of the third Sustainable Development Goal, 'Good Health and Well-Being,' is to ensure health and well-being for everyone. By 2030, the UN's goal is to eliminate epidemics like tuberculosis, AIDS, and malaria from the entire world.

'Good Health and Well-Being' is the UN's third SDG aiming to improve people's health conditions worldwide. As per the goal, the UN aims at making the cures and treatments of every contagious and fatal disease easily accessible for everyone. Here are some of the UN's target for this SDG:

By the end of 2030, ensuring a reduction in global maternal mortality ratio by a considerable amount, making it less than seventy per every hundred thousand live births.

By the end of 2030, eliminating the severe problem of neonatal deaths worldwide at a huge scale every year. The target for every country is to decrease the numbers down to twelve per thousand live births.

By the end of 2030, eliminating epidemics, water-borne diseases, tropical diseases, fatal diseases like hepatitis, and other contagious diseases.

Ensure robust implementation of laws against the use of narcotics and for substance abuse. Misuse of alcohol can be harmful, so to control that is also one of the targets of this SDG.

UN's SDGs have ensured many improvements in the said sectors. Efforts are being made day in day out to solve all the problems that have been around for quite a while now. The pace at which the UN is operating makes it likely that it will achieve all the goals within the set deadline. Developing Our World has taken several steps to support the UN in achieving this goal. Read our articles for more information, and reach out to us if you are interested in playing your part!