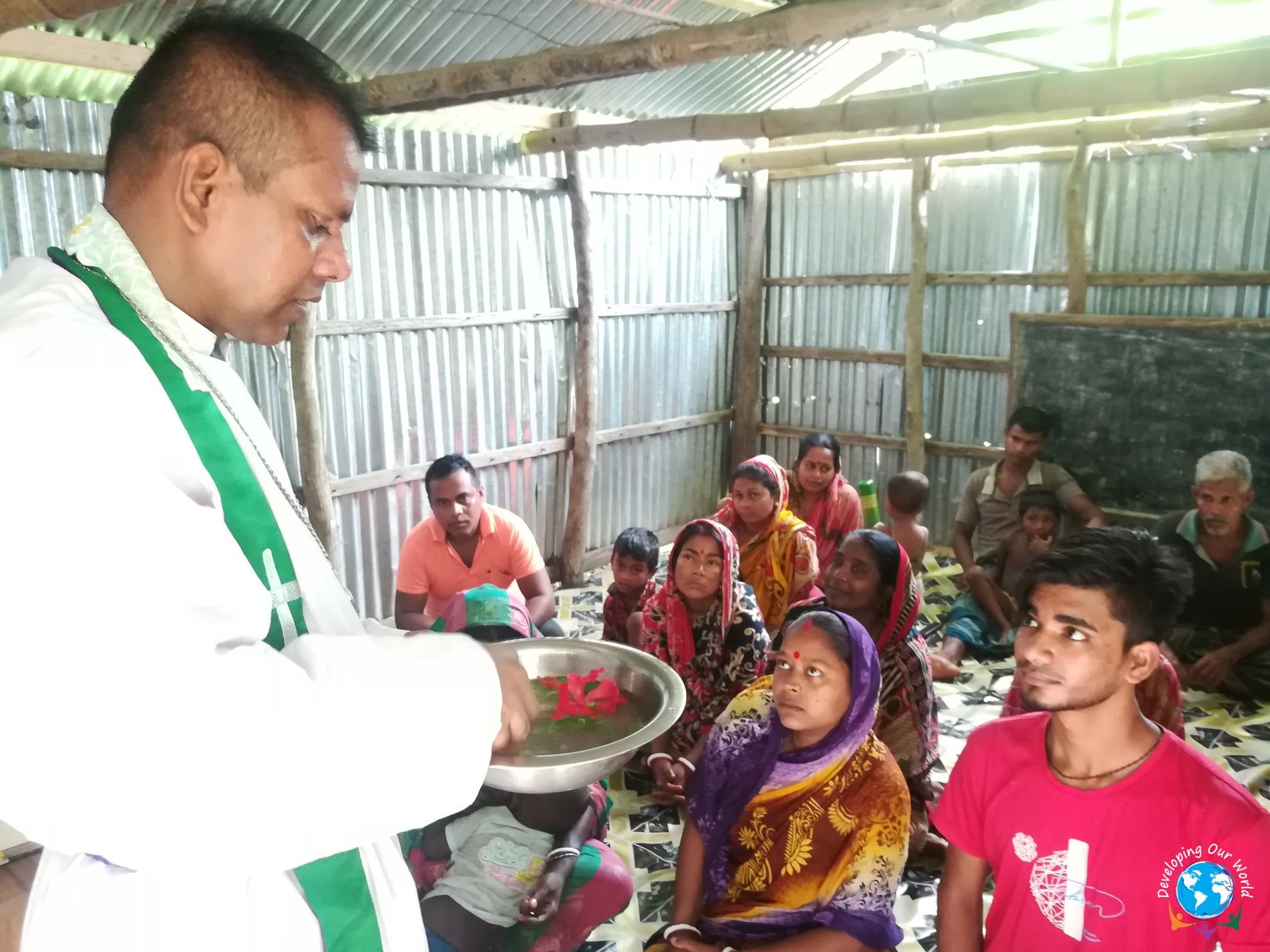 Gopalganj district is part of the Dhaka division of Bangladesh. It is divided into four parts and has 359 temples, 356 mosques, 250 churches, and four tombs. Among these is the Living Stone Lutheran Church, which has 45 baptized people members and is led by Rev. Banarjee Monotosh.

The biggest challenge faced by this church is to reach out to the community and provide relief and rehabilitation to its members since Cyclone Amphan destroyed their houses amid COVID-19. Cyclone Amphan was a massive cyclone that hit Bangladesh and India between May 16 and May 21 of this year. Hugely destructive, it led to several hundred casualties, and over 2 million people had to be evacuated. Also, about half a million others in West Bengal and Odisha had to be relocated from risky low-lying areas to safer shelters. The massive damage that it caused resulted in it being called 'super cyclone.'

In the aftermath of this super cyclone, the government of Bangladesh was faced with the challenge of dealing with both its destruction and the pandemic. The United Nations reported that Cyclone Amphan affected an estimated 10 million people and caused about 500,000 people to lose their homes. The authorities in Bangladesh reported that it was one of the most intense cyclones in the history of the country and caused an expected loss of $1bn.

In these areas, the locals were already struggling to deal with the COVID-19 pandemic, so the cyclone added to their difficulties. There was large-scale destruction to infrastructure and properties, including those owned by the Bangladesh Lutheran Church Mission, with Sathkhira and Jessore being the worst affected areas. In the affected areas, two tin shed church houses, one tin shed school, and most of the congregation houses were destroyed.

There was a loss of life, injuries, and mental trauma that people had to face. To add to the misery, people had nowhere to go. At that time, Bangladesh was observing lockdown due to the pandemic. When the properties were damaged, the locals were forced to live under the open sky while experiencing hunger because the provision of food was also hindered. In these difficult times, Developing Our World partnered with the local church to provide relief, development, and rehabilitation through the provision of first-aid and hygiene materials and food. We also worked on gathering donations for rebuilding the damaged buildings. Our efforts are continued, and we invite people to play a role in this noble mission. If you are interested, please get in touch with us to discuss this further.