How Christians can engage in Sustainable Development Goals (SDG) 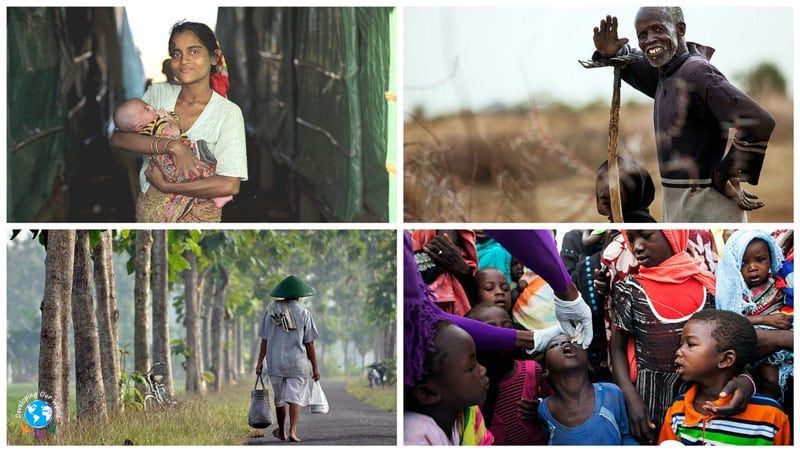 New Adam, Jesus confessed as Christ is established in a special relationship to the earth. And his victory over the forces of death also integrates the future of the world. Work on chapter 8 of the Letter to the Romans can be fruitful in order to think more rightly in Christ of humanity's relationship to what it too naively designates as its environment. Those who are called "faithful of Christ" cannot regard nature as foreign to their own existence. An anthropological approach already invites us to take into account this particular relationship, since the history of the human body is associated with the future of the world and the elements that compose it. A look of faith integrating the world as Creation, as a gift of God always present, recognizes in this singular relationship a dimension both mystical and ethical: how to respond today, faithfully and humanly, to this creative grace? Faith in the Incarnation of the Son prompts us to consider Creation in a richer and therefore more complex way. Indeed, the confession of faith in God creator implies to recognize a separation between the Creator and his creation, which does not induce an insuperable distance, especially since without the current influence of this gift, the world would sink into nothingness. In Jesus Christ, divinely human and humanly God, the world is involved in the alliance that unites humanity with God the Creator and Savior.

To serve a Reign of love

In the Bible, the second creation story notably depicts the beginnings of humanity (Genesis 2, 7). Such a human figure highlights his own responsibility: taking part of this earth, he receives from the creator God the vocation to take care of it, the exercise of this responsibility constituting a way of giving glory to God himself.

If creation benefits from the divine covenant, it is in echo of the covenant that the Lord wanted to contract with humanity. The crowning and accomplishment of this covenant is manifested when the Son comes to inhabit this world. Through the incarnation, he himself is linked with this earth to lead it, with all of humanity, to its completion in the love of the Father, in the fullness of the Trinitarian life. This is how the meaning of human activity takes shape in the world: it is a matter of relating everything to the Father, in a process of love which includes taking care of the earth and the humanity which inhabits it, and not cause exhaustion leading to the extinction of all life. It is therefore important to shift the center of gravity of theological reflection about human activity. It becomes necessary to revalue what relates to the responsibility to take care of this world. It is also important to clearly situate the human vocation to praise the Lord, highlighted in particular by the institution of the Sabbath.

As for the kingship of Christ, it is not expressed in a worldly manner. His Reign is not part of the logic that prevails in secular kingdoms. The Son came into this world to serve the Father's plan, to recapitulate everything in Him under the sign of love. Such a figure invites humanity to break with all the forms of domination that would be imposed both on other men and on the world itself. The will to grip, of manipulative possession, then being only the submission to an irresponsible "good pleasure". The exercise of human "kingship", in the manner of Jesus Christ, consists in taking care of a world and a humanity which prove to be fragile, to open the way to a future itself awaiting a full realization.

According to the well-known expression: the house is burning and we are looking elsewhere! It is true that if the threat to the future of planet Earth is increasingly clearly identified, we risk being absorbed by the emergencies of the moment and by the discussions of past debates. Moralists and theologians are not a priori exempt from an attitude of denial with regard to certain problems or from a lack of discernment to correctly prioritize the questions asked. Now “the Church has, unceasingly, the duty to scrutinize the signs of the times and to interpret them in the light of the Gospel, so that, in a way adapted to each generation, it can answer the permanent questions men on the meaning of present and future life, and on their reciprocal relationships." There is indeed a spiritual issue to recognize that salvation, as a gift of life for today and for tomorrow, as a promise of reconciliation, is at stake with regard to solidarity and sustainable development. Moral responsibility is also sought to determine the importance and urgency of the issues to be managed; the most widespread media agenda or opinion cannot constitute sufficient criteria for judgment. At Developing Our World, we are committed to work on uplifting Christian spirit for the sustainable development goals, betterment of humanity and salvation of the mankind and earth.