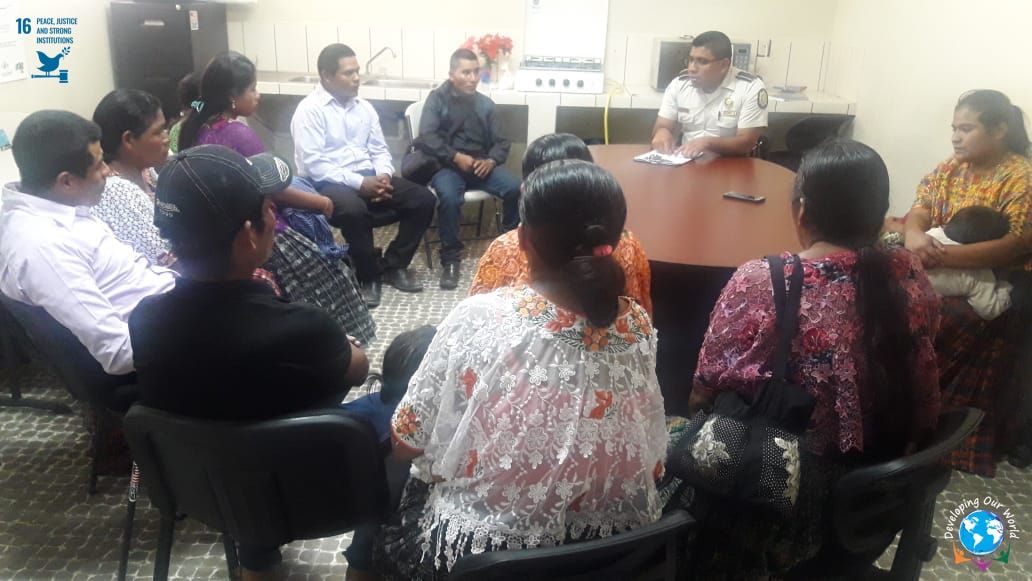 Social cohesion collapses when justice seems to take the side of one force rather than another (a particular ethnic group, a totalitarian state) since individuals and social groups constantly incriminated by this justice to orders will not recognize the legitimacy of its judgments. One can take the example of the justice of the United States applying since its origin the principle of guilt to the Blacks dealing with it. The figures on the proportion of black prisoners, sentenced to death are clear in this regard. In reaction, blacks tend to systematically reject the decisions of the American justice, at the cost of revolts.

In the case of partial justice, we observe the juxtaposition of a second justice: a customary popular justice not formalized but benefiting from a much higher respect. This is the case found in many authoritarian countries, but also among groups of offenders: the prison code differs from the criminal procedure code.

Popular justice can prove disastrous with regard to popular unity, since its non-formal nature can open the door to many abuses and bitterness. The violent purification of employees carried out in France in the aftermath of the Second World War further accentuated the division of an already bruised people. The law of retaliation and the vendetta continue to decimate Sicilian villages while the initial litigation is forgotten entirely. State justice which would have ordered fair compensation for the crime and thus the dignity of the victim would no doubt have avoided the spiral of violence which continues to this day.

Because justice must restore dignity to the victims and restore basic values. Justice has a duty to formalize retaliatory measures against those who have been guilty of monstrosities. It thus helps to comfort the victims in the idea that they are not indirectly guilty of their situation. It also means to people or groups of despoiled or abused people that the public authorities are on their side.

Victims of reparation for harm suffered do not need to take revenge on their own and can turn the page on a painful event. The work of mourning thus starts on a healthy basis. Otherwise, when the justice system does not accede to the victims' requests, either by not recognizing the damage, or by taking no retaliatory measure against the culprits, a strong feeling of impunity results, discrediting the institution judicial. It is then that indelible bitterness develops, constituting the ferment of armed conflicts and civil wars to come.

The Limits of Judicial Redress

If justice has an indispensable role to play in the establishment of lasting peace, it should not constitute a systematic recourse to the settlement of disputes. Many problems can be resolved in an extra-judicial framework. Family disputes (outside of mores), medical errors, and many interpersonal disputes do not always have to be resolved through the courts.

Financial compensation for the damage suffered often motivates complainants to take legal action. But this leads to a legalization of society, and each natural and legal person begins to guard against any legal attack before any initiative. This has a blocking effect and, moreover, will certainly lead to a strengthening of the power of people mastering the legal codes.

In fact, justice must be a uniform institution applying the same decision to two similar cases. The formalism of the judicial institution is the pledge of its independence and impartiality. Justice is neither flexible nor adaptable and it should not be.

As a result of this formalism, justice becomes an insider discipline, with its procedures, its costumes, its rituals, its vocabulary, its references and its unspoken rules. Ordinary citizens cannot know their rights and they cannot understand them, even if they want to know them. He must then delegate the business of any procedure to specialized lawyers, knowing that it will surely be necessary to compensate their skills. This constitutes a serious limit to the exercise of their rights by citizens.

This may result in the impression that justice helps the privileged, those who hold the keys to understanding legislative and judicial decisions and the practical benefits that can be derived from them. So shameless scams may be legal, and common-sense actions may be illegal. This leads to delegitimize the institution, considered as serving only special interests.

This is why the justice system, in order to put itself at the service of peace, must inform its action in an educational manner, offer access to law services and ensure that everyone benefits equitably from its services. At Developing Our World, we consider it as the first step towards the establishment of social justice. Join hands with us and help us build long lasting peace and harmonious societies around the world.