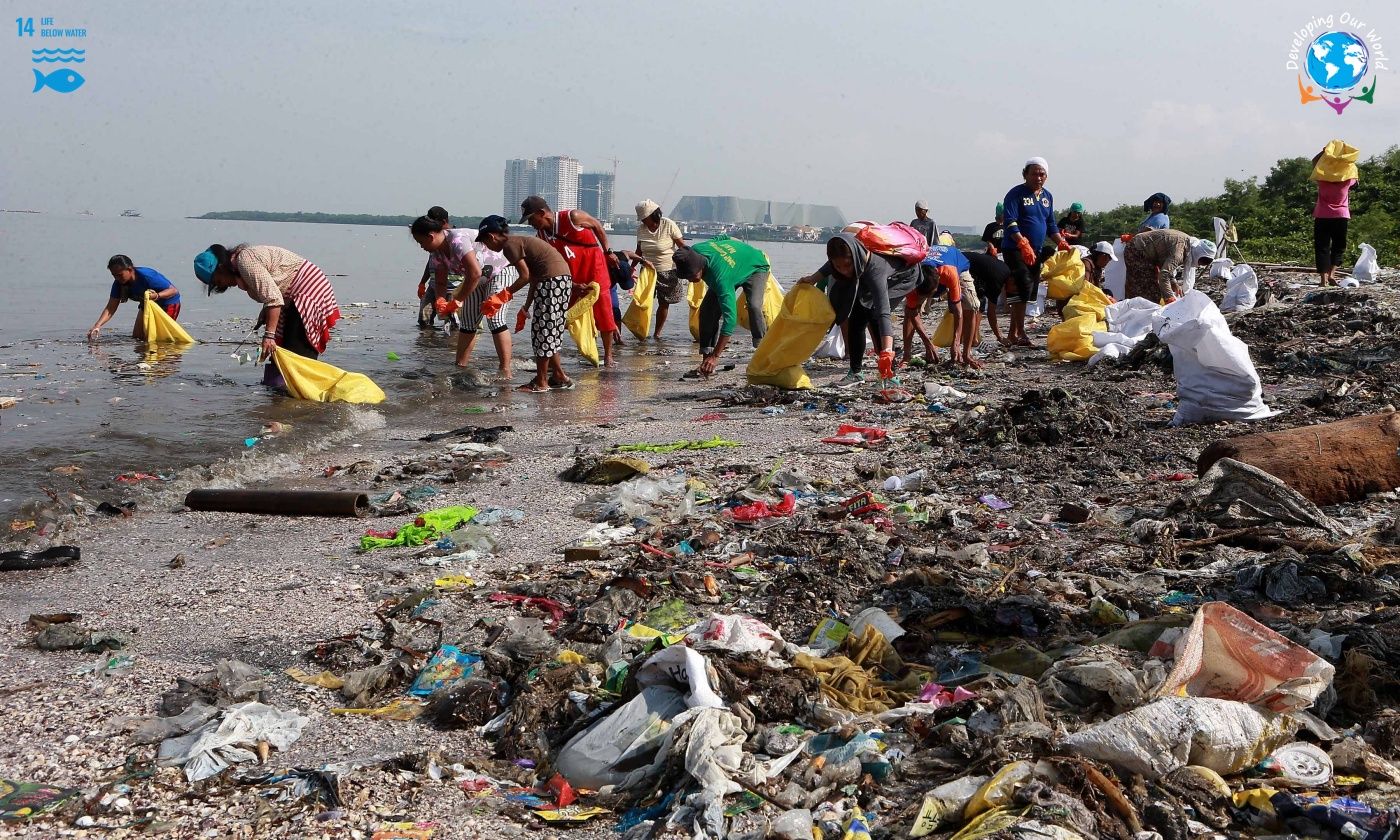 Huge rubbish carpets swirl in the carousel of the ocean currents through the oceans. Birds stick to black clumps of oil. Marine animals nibble on colorful toys and die as a toxic link in the food chain.

Pesticides, herbicides, artificial fertilizers, cleaning agents, waste water, oil and tons of plastic particles and other solids make our oceans a hazardous waste landfill. An estimated 675 tons of garbage end up in the sea every hour, half of which is plastic.

There are now up to 18,000 plastic parts per square kilometer of sea surface. It wasn't until 2010 that another huge garbage island was discovered in the Atlantic Ocean. They are memorials to centuries of ignorance.

In many cases, garbage and waste water enter the sea via detours. Nitrogen-rich fertilizers from agriculture, for example, seep into the groundwater or rivers and thus flow towards the sea. There it stimulates the growth of algae, which in turn remove all oxygen from the water. What remains are so-called death zones: 400 of these oxygen-poor or even oxygen-free and thus lifeless areas are already known.

In addition to the physical, there is the "acoustic pollution" of the oceans: the humming of the ships, the drilling for oil and the sound of the sonar devices impair communication, orientation and reproduction of large marine mammals. Researchers observe that whales try to cope with the noise level with a loud call. However, the sound pressure of sonar technology can damage the brain and circulation of marine mammals to such an extent that they lose their orientation and run aground.

Redfish are among the endangered fish species. They grow slowly and only reach sexual maturity when they are ten to 13 years old.

Redfish are among the endangered fish species. They grow slowly and only reach sexual maturity when they are ten to 13 years old.

If we continue to fish like this, global fish business will collapse by 2048. This is the result of a study by the science magazine "Science" from 2006. Another study from 2003 estimates that the population of large ocean fish has shrunk to ten percent since the beginning of industrial fishing. For years, the Damocles sword of extinction has been hovering over particularly popular fish, such as the redfish, the Chilean sea bass or the blue fin tuna.

How did this massive overfishing come about? Actually, it is actually quite simple: Only so many fish can be taken from a population that they can easily recover through natural reproduction or immigration.

But the growing population's hunger for fish continues to grow, and despite overfishing that has persisted for decades, the political implementation of adequate reforms is inadequate. For example, the catch quotas of the main fish species (TAC, total allowable catches) set by the EU fisheries policy still exceed the recommendations of the International Council for the Exploration of the Sea (ICES) by 50 percent.

Experts believe that stricter rules, persistent enforcement of catch quotas and the strengthening of sustainable aquacultures could help most fish populations to recover. However, as long as the demand for fish continues to rise, lower fishing quotas are difficult to enforce against lobbying, illegal fishing and reckless violations.

The increased water temperature leads to the faster spread of diseases. In addition, alien species once conquered intact ecosystems, while traditional species were displaced or were unable to get used to the changed living conditions. For example, researchers know that the reproduction of krill decreases with warmer water. Less krill means less food for penguins and seals and so on - there is a risk of a chain reaction along the food chain.

However, the effects of warming oceans do not stop at the water surface. Warmer water means more water vapor. The result - the intensification of tropical storms - can already be observed. In addition, warming the water can redirect ocean currents, such as the Gulf Stream. This can turn our climate upside down.

Acidification of the Seas

The acidification of the oceans causes coral reefs to die. The biologist Jane Lubchenco, head of the American research agency NOAA (National Oceanic and Atmospheric Administration), describes ocean acidification as the "no less evil twin of global warming". Every day, our oceans absorb around 22 million tons of CO2, a third of the man-made carbon dioxide. Although this relieves the atmosphere on land, it puts a strain on life under water.

Acid levels in the oceans have been relatively stable for millions of years, but recent studies show that the pH of seawater drops. On a scale between 0 and 14, a pH of 7 is considered neutral, everything above it is basic, everything below it as acid. On average, the pH of our oceans has dropped from 8.2 to 8.1 over the past two centuries. The reason: In combination with the sea water, the absorbed CO2 develops into carbonic acid. The acidic water inhibits the limescale formation of living things - such as corals, oysters, shrimp, lobsters or plankton - and thus directly destroys the basis of the oceanic food chain.

In the long term, the sea's capacity to store carbon dioxide will decrease. This leaves more CO2 in the atmosphere - new feed for climate change. Join us at Developing Our World in our efforts to make this world and the life under water more sustainable.