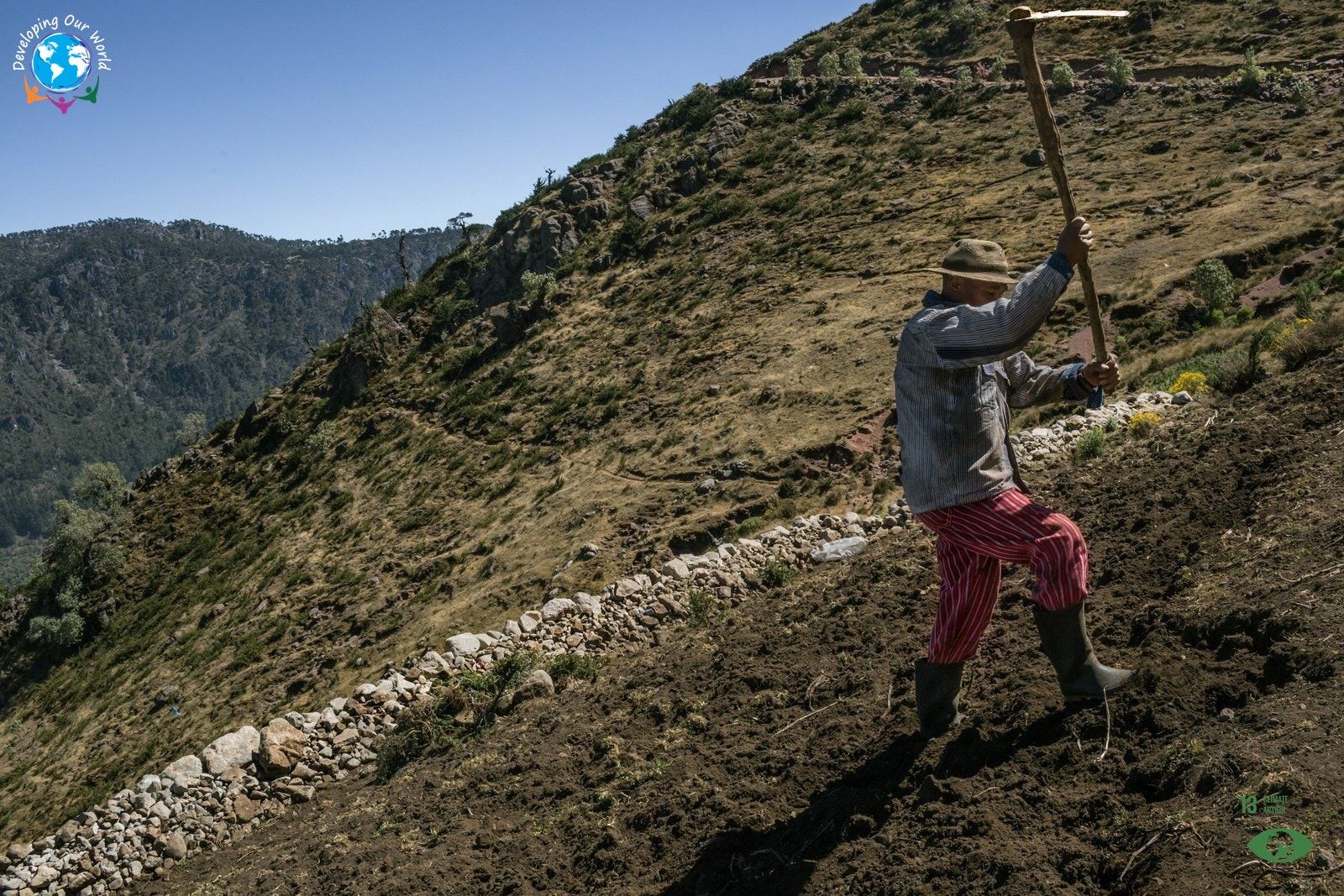 So far, coordinated international efforts to protect the climate have remained rather poor in terms of success; after all, progress is being made step by step, some of the most important of which are:

In December 1997, the Kyoto Protocol was adopted at the 1997 World Climate Summit in Kyoto. This provided for the annual greenhouse gas emissions of the industrialized countries (regarding CO 2 and five other climate-damaging gases such as fluorocarbons) by 2012 by an average of 5.2% below the 1990 level. However, no obligations were imposed on emerging and developing countries, since on the one hand they bear little responsibility for the emissions that have occurred so far and on the other hand they have a particularly high need for further development.

For this very reason, important countries did not support the agreement, which in turn prevented many other countries from taking action. The United States and Australia initially signed the protocol but then refused to ratify it. The agreement only entered into force in 2005 after the conditions agreed for it (ratification by at least 55 countries with more than 55% of the CO 2Emissions in 1990) after ratification in Russia were finally met. Canada announced in 2011 that it would withdraw from the agreement to avoid heavy fines for grossly failing to meet its commitments (primarily due to unconventional oil production from oil sands). After all, despite all setbacks, the CO 2 emissions of the 15 largest greenhouse gas emitters fell by 9.5% by 2010 compared to 1990 levels, partly due to active climate protection efforts, but partly also due to economic crises.

The Bali Action Plan was adopted at the 2007 climate conference in Bali. However, no specific climate protection measures were decided here, but only further negotiations with the aim of agreeing specific emissions reduction commitments for all states. A corridor has been defined for the industrialized countries for the emissions reductions to be aimed at, which should serve as a target for the upcoming negotiations. The urgency to act was underlined by the efforts of the EU countries.

At the UN climate summit in Copenhagen in 2009, attempts were unsuccessful to finally agree on concrete obligations for all countries to reduce emissions. However, only one political declaration could be adopted, the Copenhagen Accord, to which the majority of the member states of the climate convention committed themselves. For the first time, this included the goal of limiting global warming to a total of 2 degrees. The 2-degree target itself and the progress in implementation should be reviewed in 2015. A number of developing countries agreed to intensify cooperation, while the industrialized countries promised extensive financial aid for developing countries. Because of the lack of concrete commitments, the Copenhagen climate summit was generally considered largely failed.

At the 16th World Climate Conference in Cancun in 2010, a global climate fund was decided. There were agreements for measures to deal with climate change, the protection of forests and technology cooperation between industrialized and developing countries. The financial aid promised in Copenhagen for developing countries has been specified.

At the UN climate summit in Durban in 2011, it was agreed to start negotiations on a global legally binding climate protection agreement in 2012. A second commitment period for the Kyoto Protocol, which expires at the end of 2012, has also been agreed. It was reaffirmed that efforts must be intensified in order to achieve the 2-degree goal and thus avert massive dangers.

At the UN climate summit in Doha in 2012, it was decided to continue the Kyoto Protocol. The countries of the EU and some other countries committed to another legally binding eight-year commitment period. The proposed climate agreement should be decided at the climate summit in Paris in 2015 (COP 21 for short). Various developing countries became significantly more active than before, as it was increasingly recognized that their future was threatened by uncontrolled climate change.

In October 2016, the signatory states to the Montreal Protocol decided that emissions of fluorocarbons (PFCs) worldwide should be greatly reduced within the next few decades. It is expected that an additional contribution to global warming of roughly half a degree can be avoided.

Global CO 2 emissions are increasing to this day, and reaching the 2-degree target or even the 1.5-degree target is becoming more difficult every year. There is still no functioning mechanism to guarantee the necessary drastic reduction in greenhouse gas emissions. For example, a global emissions trading system could be set up for this, with which a specific reduction path could be implemented in a flexible manner. Such measures are reserved for further climate negotiations.

A consistent global climate protection regime could cause the carbon bubble to burst – and the more violently the later this happens.

Recently, the phenomenon of the carbon bubble has increased. If climate protection were soon to be carried out worldwide as consistently as it would be necessary to avert a climate catastrophe, the economic value of the fossil fuel deposits that have already been developed or are yet to be developed would decrease massively. However, the current market value of these goods is essentially based only on the expectation of a further increase in global energy requirements and not on the requirements of climate protection. Should the realization prevail that climate protection is inevitable and must therefore be practiced, a huge speculative bubble would burst - and the more violent the later this happens. On the other hand, the timely detection and treatment of this bubble (well before the concrete introduction of a global climate protection regime) could significantly alleviate the problem; It is precisely the fear of financial industry players that this bubble will burst can help to break it down. Developing Our World is working on contributing towards climate action in the most innovative and sustainable ways. Join hands and help us fight against the biggest threat of 21st century.