The State of Education in Guatemala 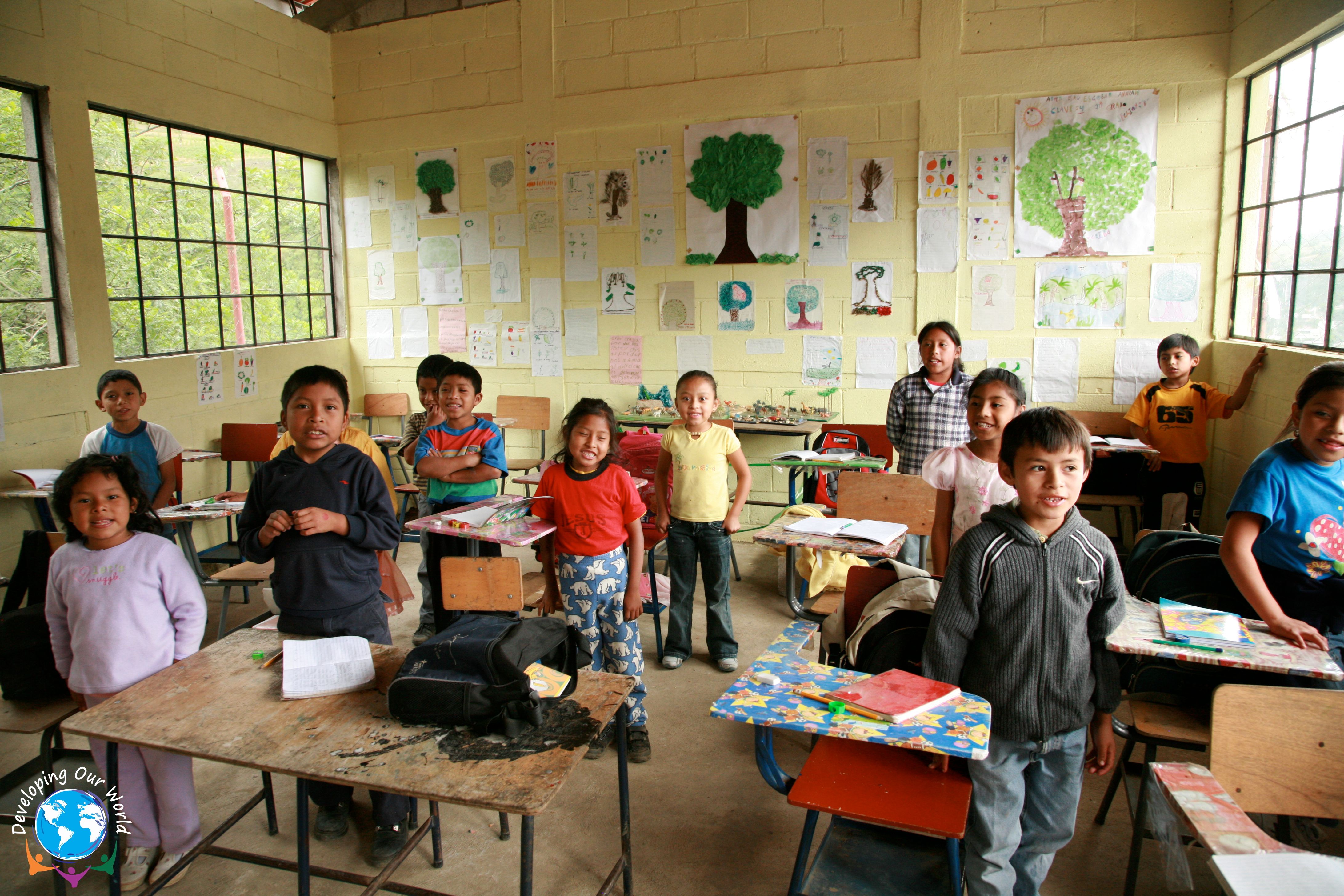 Guatemala has several policies and laws in place to make its education system better. The six years of compulsory primary education are free. Furthermore, state-run education programs are working towards betterment by providing school meals, intercultural education, inclusive environment, and helpful teaching resources. Despite this, the current state of education is poor. This is due to the reason that the implementation of these measures has been too slow. Also, many other country-wide problems have an adverse effect on education, and these include violence, racism, corruption and poverty.

It is estimated that about 245,000 children do not go to school in Guatemala. Sadly, the percentage of children who don’t attend school has increased over the years, from 5.5% in 2000 to 19% in 2015. The children who are most likely not to attend school belong to low-income families, particularly from rural areas and indigenous groups.

The Peace Accords formulated in 1996 to end the 36-year long civil war required the state to allot more funds for education. As a result, in 2013, the government spent about 2.8% of the budget on education. Half of those funds were given to primary schools so that the costs of subsidized school meals, instruction and teaching material can be covered. Unfortunately, the effectiveness of these measures was limited due to widespread corruption and bureaucracy. The school meal plan is unsuccessful because the funds are given too late and are insufficient. This leads to schools offering meals sporadically and often containing food that does not meet the official quality standards.

There is also a shortage of resources because the teaching material and textbooks often are not sent, and when they are, it is the end of the school year. Even though the provision of education is supposed to be free, there are expenses involved that are hard for poor children to bear. For example, a few years back, annual registration fees had to be paid by the parents. When this was canceled, the schools started to ask for contributions that are supposedly voluntary but actually forceful. This money is used for drinking water, repairs, computers, raising the teachers’ salaries or for providing security services for the protection of the school building. The parents also have to bear the burden of buying the school uniform and supplies, as well.

Moreover, those families that have a large number of children can afford to send only one child to school at a time. It is alarming that thousands of children in Guatemala have to cover long distances by foot to reach schools or resort to using unsafe public transport. The school buildings are also usually in bad condition, often depriving the students of even having a proper classroom. Teachers are frequently overworked, particularly in rural areas. There is a severe shortage of computer labs and a high frequency of canceled lessons due to various reasons.

The solution to the many problems in the education sector requires concentrated effort by the government, along with the appropriate funds, which should be protected against corruption. Awareness should be spread in the society regarding the issues so that the citizens can come together to address these issues. Not-for-profits such as Developing Our World are working towards better provision of education to the children of Guatemala. In order to solve the problems in the education sector, Developing Our World trains teachers, gives scholarship, and provide meals at schools. It does this to complement what the government does so that the improvements can be achieved at a faster pace.